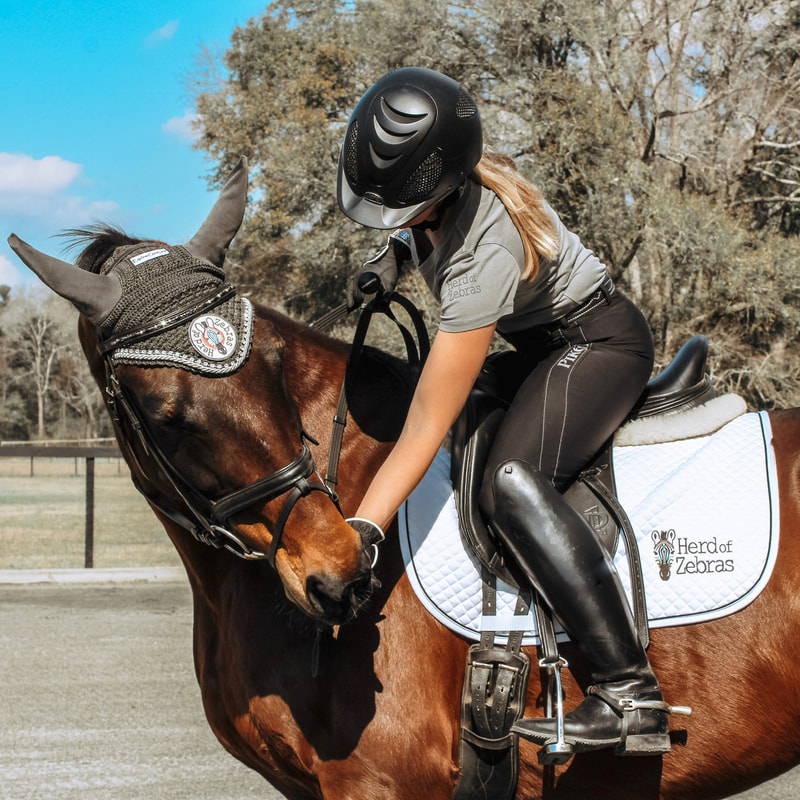 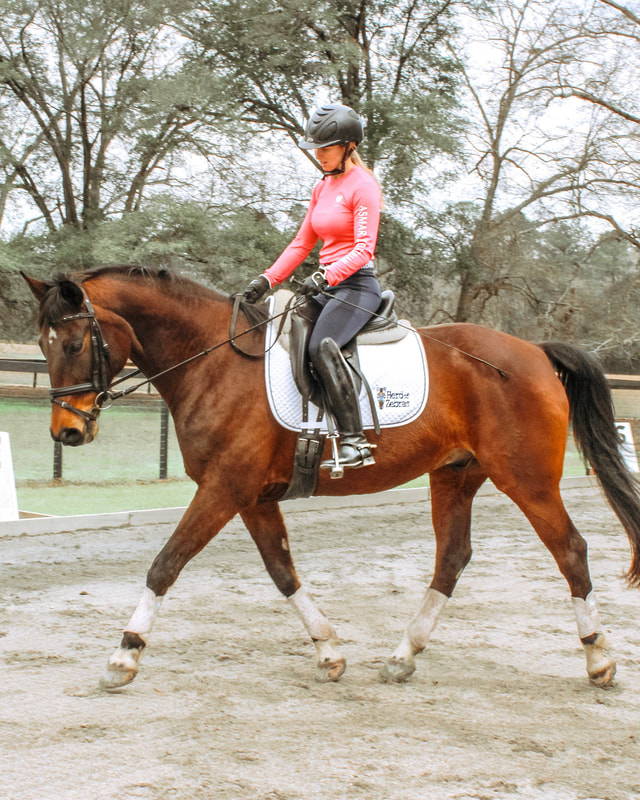 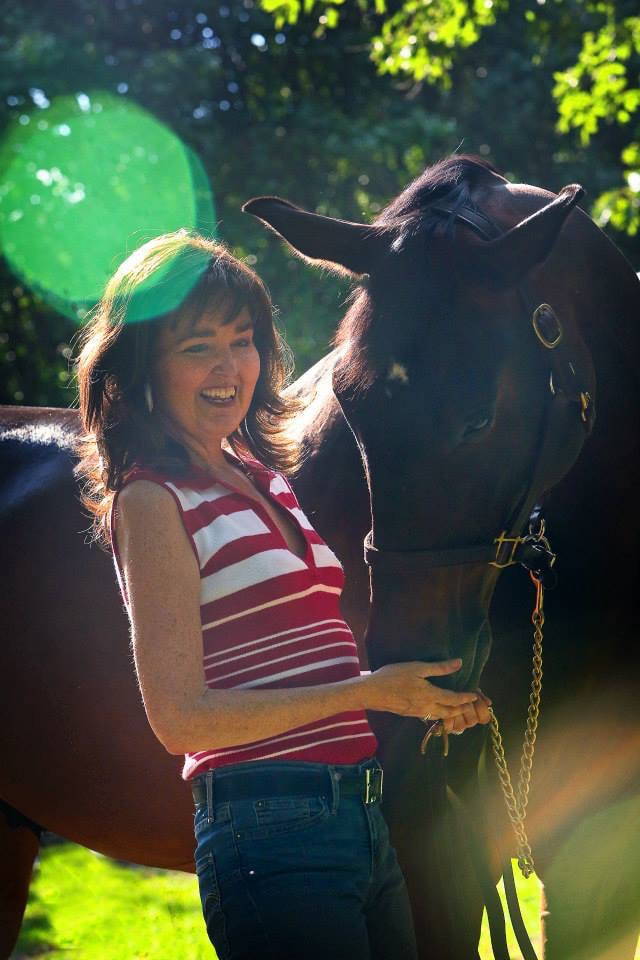 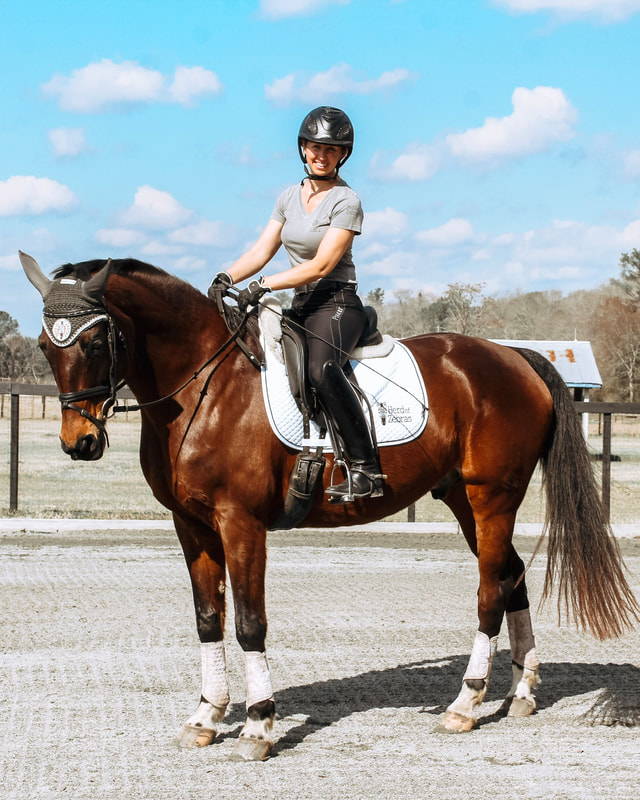 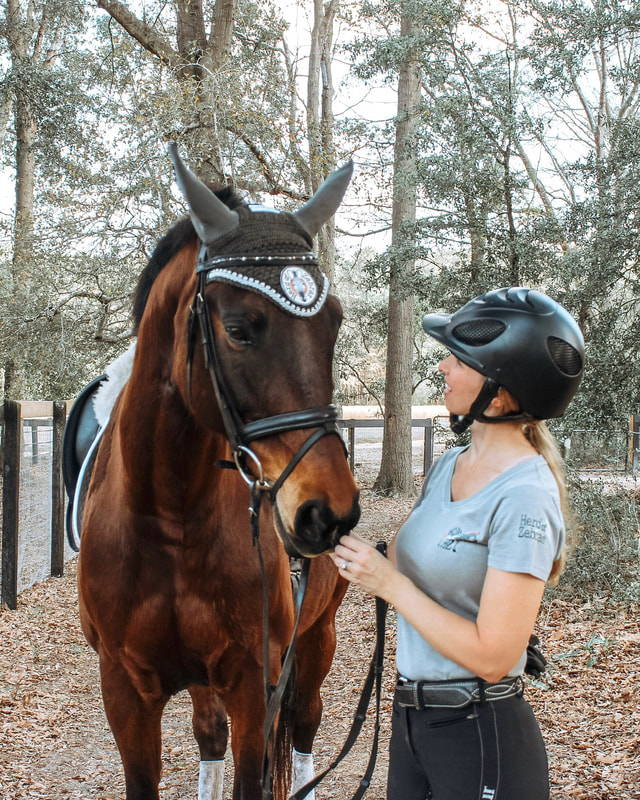 Hello Zebras! My name is Emily Black and I’m a stay at home mom living in South Carolina. I have two fabulous geldings, a New Forest Pony named Wishbone and a Dutch Warmblood named Pavarotti. I am a dressage enthusiast and an over grown barn rat, always looking for extra saddle time, which is how I got to ride the horse I will tell you about today.

Herd of Zebras is a company whose mission is to bring together a community of warriors. The zebra represents what makes us unique, our scars if you will, that make us who we are today. I know many people who inspire me by what they have overcome, but I also know some horses that have similar stories to share. When I heard what the company stood for, I immediately thought of Will.

Faulkner, best known as ‘Will’, is a 14 year old Oldenburg gelding who lives at the barn where I board. He belongs to my trainer, Jill Allard, and I have had the pleasure of riding him for the past year or so. He definitely has some stripes. We don’t fully know his background but Will came with some issues, both mental and physical. He struggles with a mild case of kissing spine and did not trust humans very much. He may have been pushed too hard when he was younger, his physical issues not yet figured out, or maybe he was roughly handled, but whatever it was, his past still haunts him.
Will’s life changed when he was blessed to get into the hands of the most loving, caring owner named Elizabeth. She loved him so much and he was the center of her universe. In return, Will began to blossom. Elizabeth, together with my trainer Jill, slowly transformed him, both undersaddle and on the ground. Elizabeth showed him through Second Level and had many scores over 70%.

This time period was when I first met Will. I knew Elizabeth when I was child because we rode at the same stables. She was older than me but I remember looking up to her. She was always quick to help and I thought she was just so cool. A decade later and not much had changed. I had just left my hunter/jumper barn, a barn that was like family to me after being with them for many years, to pursue my interest in Dressage. Elizabeth took me under her wing and really made me feel at home at my new barn. I can completely understand why Will transformed under Elizabeth’s care.
I could tell so many stories about Will and Elizabeth. She was devoted to him and him to her. She actually bought a car for him because the miles and gas were too much for her truck but moving him to a closer barn with lesser standards was not an option for her. When I think of Will’s happiest times, I think of them at shows together. Elizabeth would take him out to graze and spend hours being gone. She would stand around and chat to everyone that passed by, that was just her friendly personality, while Will grazed calmly next to her. I don’t think there was any other place he would rather be.
Tragedy struck not long after that and Elizabeth passed away. My heart still breaks for Will that he lost her. She was just so special. In true Elizabeth style, she had Will’s best interests in mind even in the middle of battling cancer, and left him in the care of Jill. This is where he remains to this day.
​
It has been a joy getting to know Will. While he still struggles with his physical limits and has moments of panic, he gets past them every day to work for us. To comfort us. To bring us joy. Will has a kind soul and is the gentlest horse in the barn. He is the one I trust to take treats from my kids and not also take a finger!
We hope one day to find someone to lease him but I know it will take a special human to be a good match for this special horse. I know how much he would love having his own person again. He may be a Zebra but he has found his herd with us, no matter what.

If you want to see more of Will and my other horses, you can find me on Instagram at @emilyblackdressage.